Mama Ru is BACK! Last week we said goodbye to baby queen Gothy Kendall who failed to impress the judges with her Leicester kitten, after our contestants were asked to dress as their home town. To honour her departure, tonight we are offering a prize to the best-dressed person who captures the spirit of their hometown....so come battle it out on The Book Club runway....and don't be afraid to Lip-Sync for your liiiiiife.

So grab your trashiest heels, biggest wigs and a whole bucket of SASS for our Season 9 live screening by the fabulous Felix le Freak. Expect a warm-up round like no other – with games, tasks and competitions including a LIP-SYNC FOR YOUR LIFE round, followed by a live screening of the first episode. Play along with a RuPaul themed drag bingo catchphrase card with the chance to win various prizes, varying from poundland tat to a bottle of prosexxy. Keep the party spirit going with our 90’s club night Zigazig Ah downstairs in Shoreditch’s favourite basement…

We will be screening this every week, and each week there will be a different warm up round reacting to last week’s episode, favourite catchphrases or whatever takes Felix’s fancy….audience participation encouraged! Shante, You Stay

NEW THEME ANNOUNCED EACH WEEK AS THE COMPETITION CONTINUES... all we can say is Good Luck, and Don't F*ck It Up! 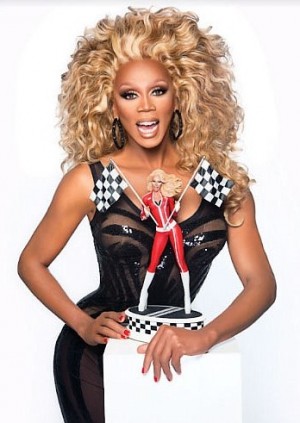