"The biggest spoken word night in London for women" (Evening Standard) that was called "feminism at its ruthless best" by Blouinart returns to London for 2019! After sellout shows at Edinburgh Fringe and the Royal Albert Hall in 2018, we're back in London every month in our regular home, The Book Club in Shoreditch.


Shortlisted for Best Spoken Word Night in the UK (Saboteur Awards), That's What She Said showcases the best new writing and performance by women and non-binary writers, featuring iconic and emerging authors with a mix of performance, poetry, storytelling, slam and more.

⭐ JESS GREEN ⭐
BBC Slam Champion, Jess Green (@jessgreenpoet) is performance poet and playwright who has performed at Glastonbury, Latitude, Bestival and the Edinburgh Fringe. Her first collection Burning Books was shortlisted for the East Midlands Book Award 2015, and as a poetry and music show received 5* reviews at the Edinburgh Fringe and on its national tour. The theatre adaptation of Burning Books was longlisted for the Bread & Roses Theatre Award 2016 and performed to sell-out audiences at Curve Theatre in Leicester. Burning Books is currently touring nationally. Her second poetry and music show, A Self Help Guide To Being In Love With Jeremy Corbyn based around her second collection of the same name went to the Edinburgh Fringe in 2018 and received 4* reviews as well as receiving an endorsement from Corbyn himself who described it as ‘fantastic’. Jess also runs Leicester poetry night, Find The Right Words which was shortlisted for Best Regular UK Poetry Event in the Saboteur Awards 2018.

D'bi Young Anitafrika (@dbiyoung) is a triple Dora award-winning published playwright-performer (of nine plays, seven books and seven Dubpoetry albums), director-dramaturge and educator-scholar, Anitafrika is also the creator of the intersectional Black feminist praxis — the Anitafrika Method. She is the founding Artistic Director Emeritus of the Watah Theatre where she taught emerging and established BIQTPOC artists in Canada (2008-2018) and the founding Creative Director of the Anitafrika Retreat Centre where she teaches artists globally. Addressing issues of gender, sexuality, race, class and the human experience, through her radical interdisciplinary arts practices, Anitafrika is currently engaged in postgraduate studies in Theatre & Performance at Goldsmiths, University of London.

Jo Irwin (@_LadyLondon) is a blogger, wannabe author and mental health loud mouth from South London. Her work whitening on about feeling like a mad bird, has led to some Royal run-ins, and her having a go at penning a book; ’Not Even Good Enough For Therapy’, a tale of a normal girl with a far from normal brain. In a world of celebrity mental health stories, join Jo for anecdotes of just being too depressed to change your pyjamas or get down to Lidl.

Sanna Nilsson is an East London based, Swedish born, 29 year old who is trying to live her last year as a 20-something to the fullest. Her poems touches subjects such as selflove, sometimes the struggle of that and the path to finding her own rhythm in a fast paced city.

Eliza and Affly are creative partners who have studied, lived and loved together since 2014. Together they created #ThotThoughts a 100 day poetry project exploring their experiences of womanhood. On Instagram they are @Legzinae & @affly.


Open mic walk ups on the evening are welcomed but with limited places it might be advisable to email paul@forbookssake.net if you have a burning desire to speak
out and speak up.

Get your tickets for only £7 now while you can, or come along on the night for £10 on the door.

Not only is That's What She Said a great place to see talented literary performers, for everyone and not just women, but it provides a space for women to shout and scream their anger, their frustrations, their desires; a space without censorship, without objectification and without the dreaded “it must be her time of the month” quip. I think For Books’ Sake is doing some really important work." (Thanks SexyVeg for this recent review of one of our London shows! 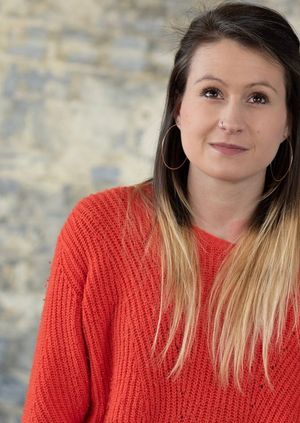